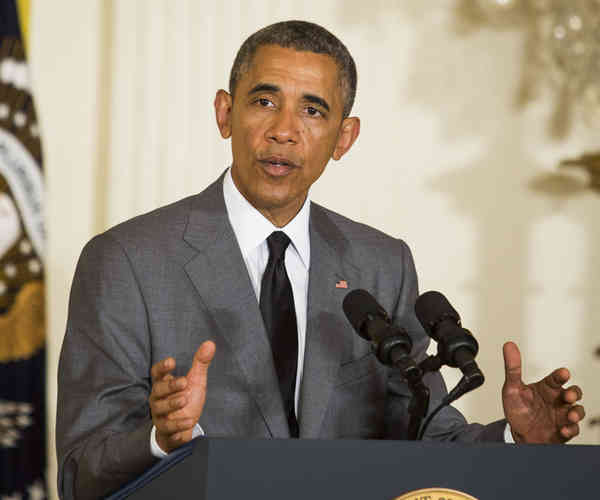 President Barrak Obama said that 300 military advisors not fighting forces will go to Iraq. President Barrack Obama said that 300 military advisors will go to Iraq.Their job will be to retrain Iraqi military and provide US intelligence and this shows  the urgency of the situation  in Iraq as Obama wants to keep the US troops as far away as  possible from the mess in Iraq but Today it lo

Man shot in Balmain A man has been shot in Sydney inner west overnight outside his girlfriend apartment block. Police say the 27-year old was confronted by two men  n the driveway of a Balmain apartment around 8:00 O’clock. It is believed the man was approached by two men and shot in his buttock.His keys and car

Abbott and Shorten lose popularity in poll The opposition has lost its political high in the wake of their first budget according to the latest opinion poll. A news poll published in the Australian shows dissatisfaction with Tony Abbott at 61% the worst since he became prime minister but backlash was also directed at opposition leader bill

Schumacher no more in coma Formula 1 racing legend Michael Schumacher has emerged from a coma and has left the Grenoble  hospital he’s been in since his ski accident in december. He left the hospital this morning and has been transferred to a university hospital in Switzerland. His manager revealed Today that  will

ATO cracks down on tax claims for electronics The Australian taxation office is Today expected to release the hit list of the areas it plans to crack down on in the upcoming financial year.Instead of focusing on individual occupations, the ATO says it will concentrate on work related claims such as mobile and internet use . Each year around 19.

Tony Abbott’s daughter Frances’ legal stoush relating to a Melbourne flat The Prime Minister’s daughter Francis is in spotlight over a legal stoush after it was revealed she broke a lease over a Melbourne rental property. Daily Telegraph stated Francis Abbot withdrew from a one year contract just three days after she signed it. The property’s landlady Janine M

Netanyahu says three teenagers were kidnapped by Hamas Israeli prime minister Benjamin Netanyahu says the militant Islamic Movement group Hamas is responsible for the kidnapping of three Israeli teens. Two 16-year olds and a 19 year-old disappeared on a Thursday night in a Jewish settlement on the West bank. The Israeli army carried out house to house s