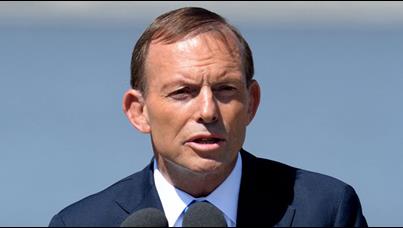 Abbott: Tax cuts in five years Prime Minister Tony Abbott is offering the prospect of personal tax cuts before the end of the decade – if changes to the budget are made now. But he concedes there won’t be many people without a grumble when the government hands down its first budget on May 13. “The budget pain wi

My man died in bid to save me IT WAS the ultimate sacrifice for love but a tragedy that authorities say could have been avoided. Water police yesterday recovered the body of Chinese national Huiqing Hua after the 26-year-old leapt from rocks on the NSW Central Coast to save his wife, who had been swept away by a wave. With no re

George Clooney reportedly engaged to Lebanese lawyer Amal Alamuddin Clooney has proposed to humanitarian lawyer Alamuddin after dating the British beauty fora period of six months, sources told the New York Post. Alamuddin, 36, from Lebanese roots was spotted showing off an engagement ring as she and Clooney, 52, dined at Nobu in Malibu on Thursday night with Cindy

Mushroom poisoning in ACT ACT Health is investigating MUSHROOM POISONING  after three patients from the same household attended Canberra’s Calvary Hospital in the last 48 hours with poisoning symptoms. They claim to have been affected by mushrooms purchased from a Woolworths in the suburb of Dickson on April 17. ̶

Australian passenger mistook cockpit for toilet door as he created flight drama on his way to Bali Matt Christopher Lockley, 28, told police he was asleep for most of the flight but woke up after a meal arrived. He then thought he had lost his bag and wanted medication from it. After talking to a passenger next to him, the crew asked him to sit at the rear of the plane. He […]

Sleiman and Raii meet in Rome to discuss presidential elections President Michel Sleiman met with Maronite Patriarch Cardinal Mar Bechara Boutros Al Rahii at his Hotel suite in Rome Yesterday where they took up  the presidential election deadline in their special talks. Visitors of Rahi and Sleiman conveyed to the reporters that both men were concerned in proc

Two fishermen missing after they went to save a woman who swept into the water in Central Coast A search will resumeToday  for two men missing off rocks near the NSW central Coast. Around 6:30 PM last night, two women and four men were fishing at Wybung Head when one of the women was swept into the water. Two of the men went for her rescue but she was carried back to the […]