EARN OR LEARN : A crackdown on Dole eligibility Students who decide to leave school will be denied welfare for the first six month before they can receive welfare payments under a new “earn and learn” crackdown to be revealed in the upcoming budget. School leavers will have to wait 6 month before they can apply for the dole and a simi 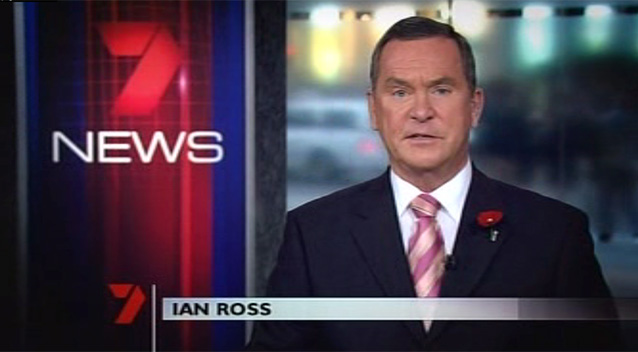 Sad farewell to legend journalist Ian Ross Australian television news presenter Ian Ross who delivered for decades the news has died at the age of 71  on Wednesday after battling pancreatic cancer in a hospital at Queensland. The legend news reader, highly respected,trusted, and with a special charisma that made him loved. The well respecte

Kylie Minogue moves to a house in Coogee The Australian popstar Kylie Minogue who is based in the UK  is renting a luxury three level home in Coogee in Sydney, according to sources.Minogue acknowledged that she is very excited to come back home and spend some time in Australia. Minogue is in Sydney to sit on the judging panel of series th

Iraqis head to vote for the first time after US withdrawal Two Iraqis killed in blasts at polling stations in the north region of Iraq as they headed to cast their votes for the first parliamentary elections since the US withdrawal from Iraq. Polls opened at 7 a.m. (0400 GMT), with a vehicle curfew imposed on the streets of Baghdad. Almost 9,012 candidates

NSW Premier for colleagues who acted improperly: I will be your worst nightmare NSW Premier Mike Baird warned his colleagues Today saying that he will be tough on them if (ICAC) shows they have done wrong.He said he is determined to restore the public’s trust in his government amid new claims at the Independent Commission Against Corruption (ICAC) about the Liberal Party.

Thorpe released from hospital after an infection from shoulder injury The swimming star Ian Thorpe has been released from hospital after complications resulting from shoulder surgery. The swimming champion spent time in an intensive care ward during the past month as he battled serious infections which he contracted while in hospital.  Recently his father revealed Th

Report:High income families should pay $1000 dollars when sending their kids to public school High income families should pay to send their children to a public school, according to a new report.The new report warns that continually increasing funding to schools over the past 25 years has done nothing to improve student achievement. The Centre for Independent Studies report says charging $10

Family escapes injury after shooting in Revesby 13 bullets were fired into the front windows and wall of a home on Carlington Street at Revesby at 9pm on Tuesday, police said. The occupants, an elderly couple, their son and his children, escaped unharmed. Police say their son is known to them. Another shooting shortly after the Revesby incident h